Two years ago I saw the sema performed in Konya, in celebration of the 739th anniversary of Rumi’s death. I remembered it as a beautiful ceremony, with whirling and spinning and soothing colors and gorgeous music. This weekend, I had the opportunity to go again to Konya and watch the ceremony once more.

Rumi said that the sema is performed in order to be in the presence of God.

I could feel this in the afternoon, when we spent an hour at a dervish house downtown. We crossed our arms, bowed, and exhaled “Hooooooo-oooooo” before walking inside. When crossing a threshold, it’s important to avoid stepping on the door frame – the sleeping soul of a dervish lies there, and it would be rude to disturb him. A man with tiny glasses and a peaceful face greeted us and spoke about Sufi beliefs – peace, oneness with God, love. His words were calming, but his delivery a little intense – I’ve never before been shouted at to FALL IN LOVE. A few students practiced whirling, and the awkwardness and genuineness of their efforts made my heart warm. 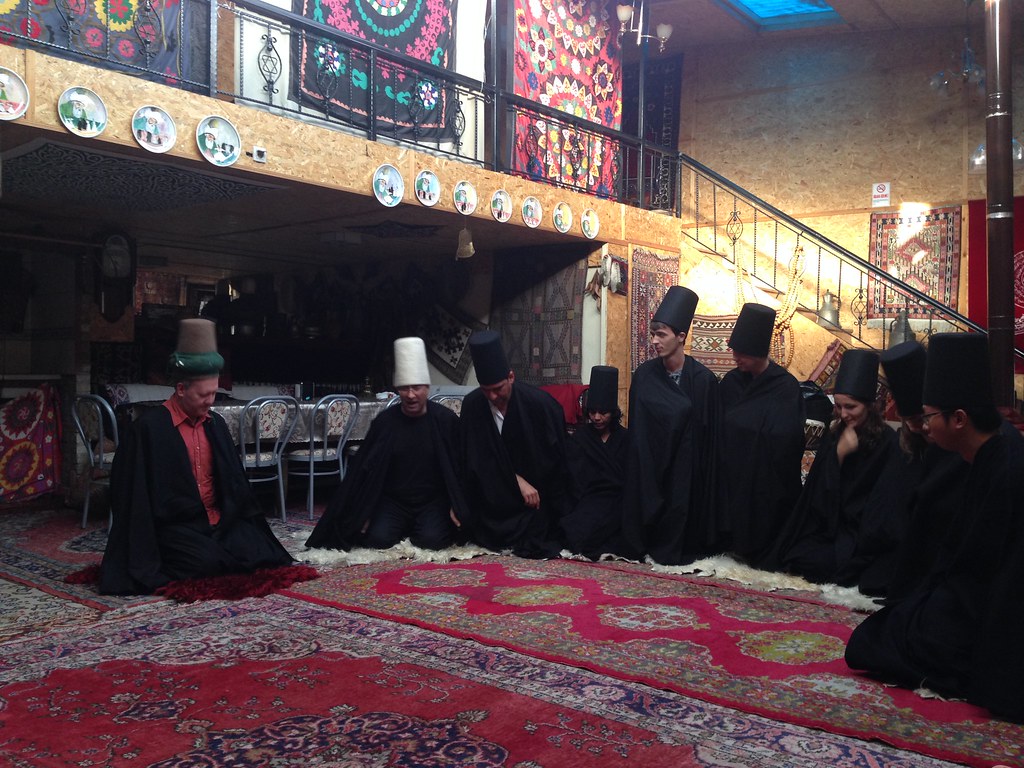 The intimacy and spirituality of the afternoon was a stark contrast to the performance we saw later that evening.

First, I should explain a bit about the politics of the sema ceremony and the status of Mevlevi in Turkey. The Mevlevi brotherhood was banned in 1925, and members of the sect were formed to practice in secret. In 1953, the government granted Mevlevi partial rights to perform sema, but with a huge caveat: the government treated the sema as a traditional folk dance, a spectacle for tourists, not a dance meant to symbolize the shedding of one’s ego and ascension to truth and union with God. The Ministry of Tourism and Culture controls the performances, which now constitute a major sector of Turkey’s tourism industry. Practicing Mevlevis say the government is not interested in lifting restrictions on the Mevlevi tradition, but only in promoting tourism. Recently, the federal government built a massive cultural center in Konya, specifically for sema performances. Erdogan’s face greets guests on a huge banner hanging in the main hall. These to me showed the control the government wields over Mevlevi practices. 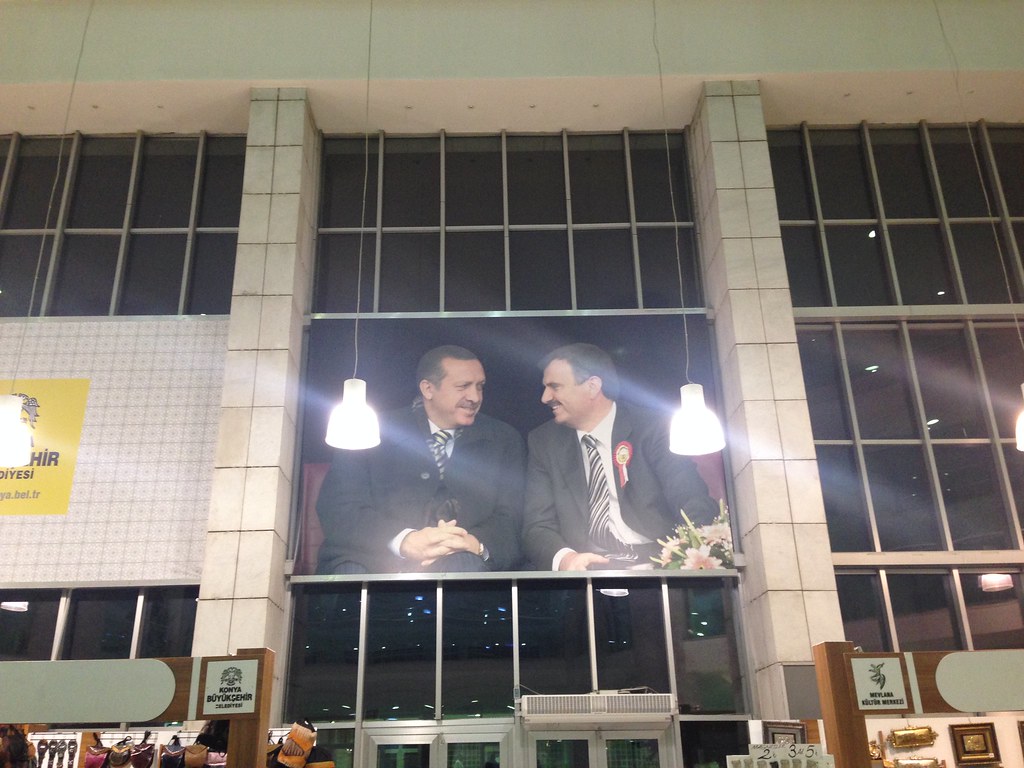 With Mevlevi practices in the hands of the government, whose interest is promoting tourism, it’s difficult to find the proper balance between ritual and spectacle. The sema at the Konya Mevlana Cultural Center is advertised as a tourist attraction, but it could be seen as a religious ceremony that happens to be open to the public. Do the dervishes who spin seven times and raise their hands to God turn off their spirituality while they perform for tourists, or do they discover love and find union with God in spite of the intentions of the guests in the room?

The audience was asked to turn off cell phones and abstain from flash photography during the ceremony, rules which affirm the respect owed to the dervishes. Unfortunately, the audience did not follow these rules. I was absolutely stunned at the audience, and at the lack of interception on the part of security guards in the hall. Babies cried loudly throughout the ceremony; phones rang and rand and rang; one man answered his cellphone and had a short conversation while the dervishes knelt on the ground in prayer; the hall was lit by the flash of cameras and cell phones taking pictures (though I’m not sure why people used flash at all – the bright light definitely resulted in horrible photographs); and groups of people moved casually in and out of the hall throughout the ceremony.

I need to digest this experience a bit longer – I have a lot of questions following the weekend in Konya, about modernity, commercialism, spectacle, tradition and respect. Another young woman, who spent the last year living in Turkey as a Fulbright scholar, wrote about the sema here – I really enjoyed her perspective.

To end on a lighter note, an excerpt from Rumi’s poetry:

From these depths depart towards heaven;
may your soul be happy, journey joyfully. 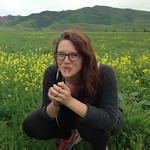 Colleen Wood is a graduate student in the Political Science department at Columbia University. Formerly, she served as Peace Corps education volunteer serving in Kyrgyzstan.

SEE WHAT I SEE

The content of this website is mine personally and does not reflect any position of the US Government, Peace Corps, or the government of the Kyrgyz Republic.

In Russian, the word прекрасно/prekrasno encapsulates all that is lovely, splendid, wonderful and - to steal a phrase from my favorite president Theodore Roosevelt - bully.
%d bloggers like this: